There were two impressive victories in the Grandmaster Tournament on Saturday on the stage in the Gold Hall of the Congress Centre of the Westfalenhallen Dortmund. 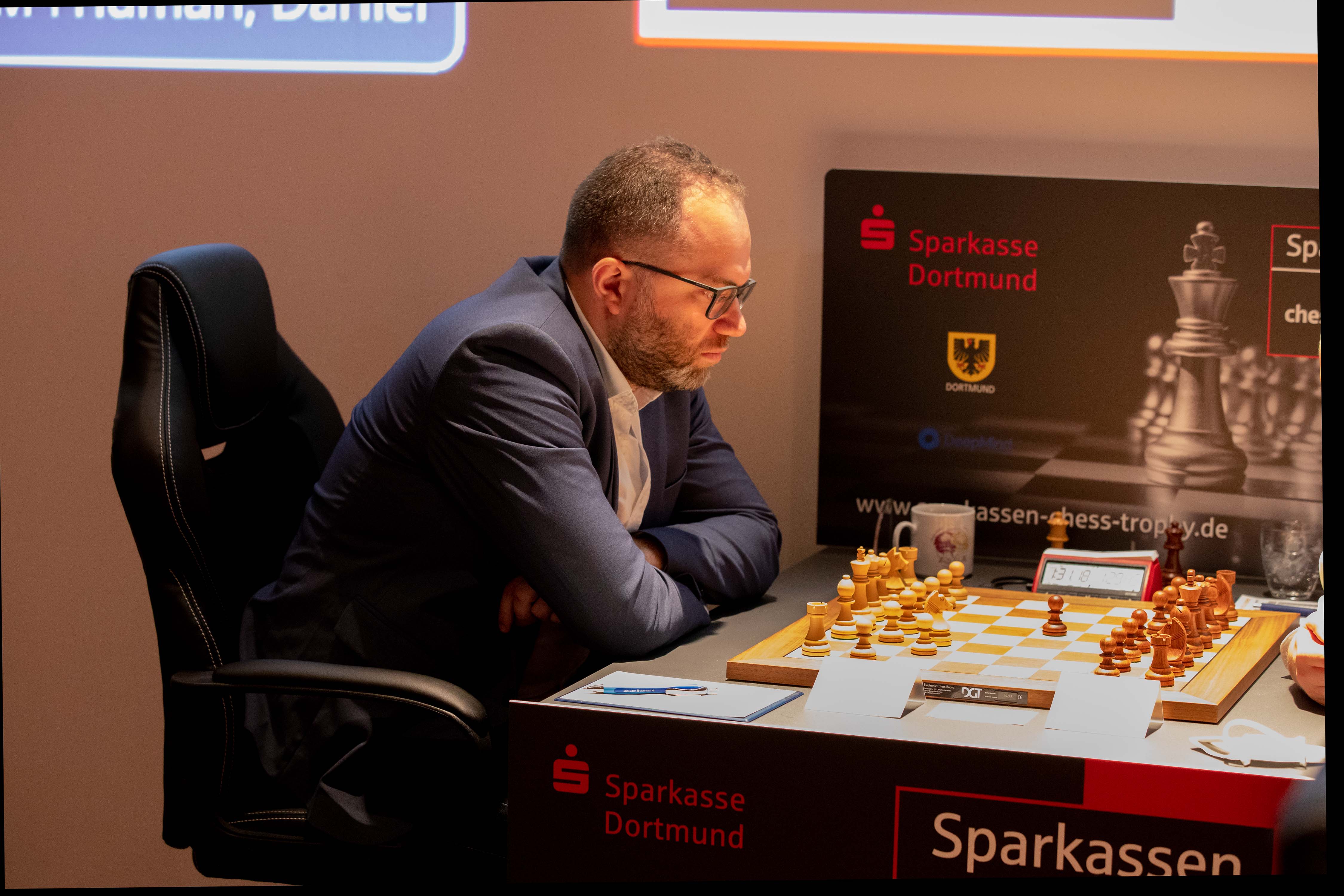 When Pavel Eljanov went into the press centre after the game, he received special praise from Vishy Anand, who called his game very impressive. It is rare to see someone defeat European Champion Matthias Blübaum so strategically. Eljanov secured the bishop pair early on and improved his pieces bit by bit.

Eljanov on his game

Thus he won the pawn on e4, which meant the decision in this game. Eljanov is now in the lead before the last round. Luke McShane has played a strong tournament so far, but today it was against Bogdan-Daniel Deac. Deac started the game super sharp, so both players were in time trouble early on. There Deac kept the overview and exploited McShane's mistake 32...Ng6 ice-cold, so that after move 40 a winning position remained for Deac. For McShane the tournament is over, as he is free tomorrow and will be commentating live on the last round.

The decision will be made between Eljanov and Deac. For Deac it is not only about the tournament win but also about the magic 2700 Elo.

Erwin L'Ami did not gain any advantage with White against David Navara from the opening and so this game in the German Grand Prix was the only one to flatten out into a draw today.

Table before the last round: