The strongest German young talents will be in international competition. 10 participants will play 9 rounds against each other in a round robin tournament. There is the possibility of earning an IM norm.

All results at Chess Results: 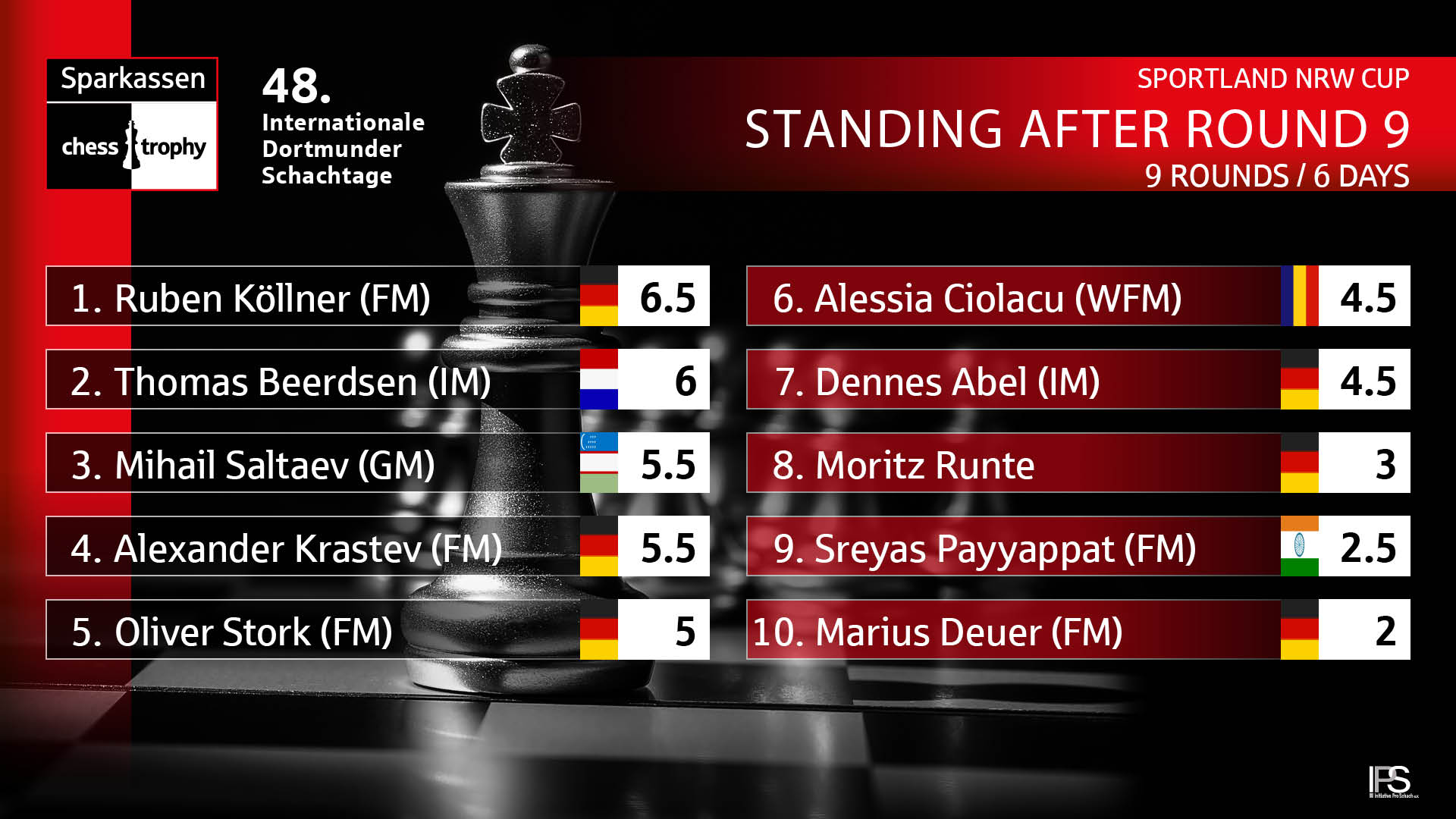 System of play, the rate of play and ranking of players

The tournaments are Round-Robin tournaments (9 rounds). The playing session will be about 5 hours: 40 moves in the 90 minutes followed by all remaining moves in 30 minutes with the addition of 30 seconds per move from the beginning of the game.

The number of points scored determines the final ranking of players. If two or more players are involved in the tie, then the tie is broken by the number of games played with black pieces, by the number of wins and by the Sonnenborn-Berger system.

The current Laws of Chess will be used in the event.

No postpones shall be allowed.

The offer of a draw is not allowed.

The players (usually the winners or both players in case of a draw) should give a short statement after the game in the press room.

Only photographers and camera crew expressly authorized by the Administrator may work in the playing venue.

The flash may only be used during the first five minutes of the round.