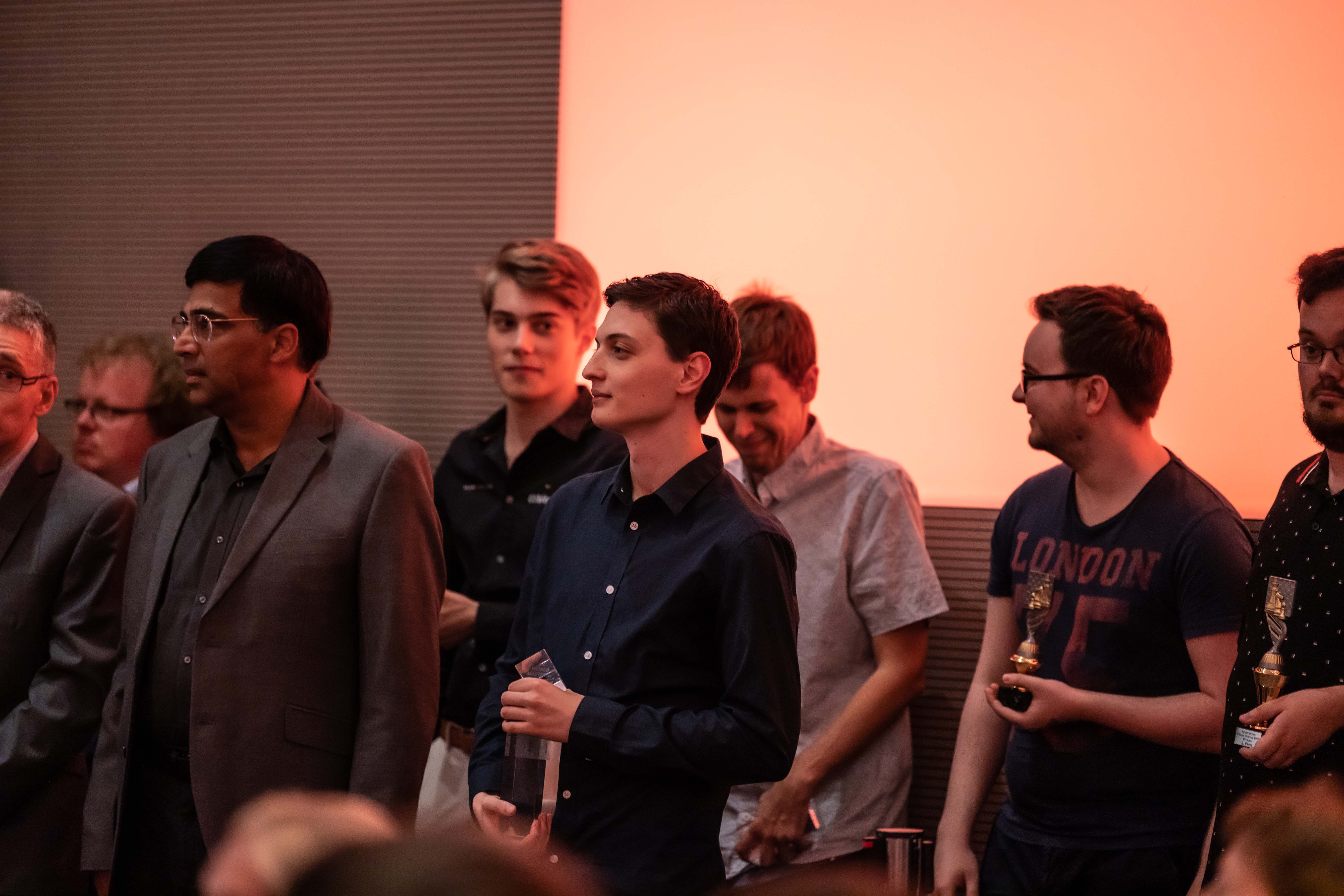 The 49th International Dortmund Chess Days are over, the winners have been determined - 7 competitions, two German winners, three Ukrainians (!), a Dutchman and an Iranian won the tournaments. 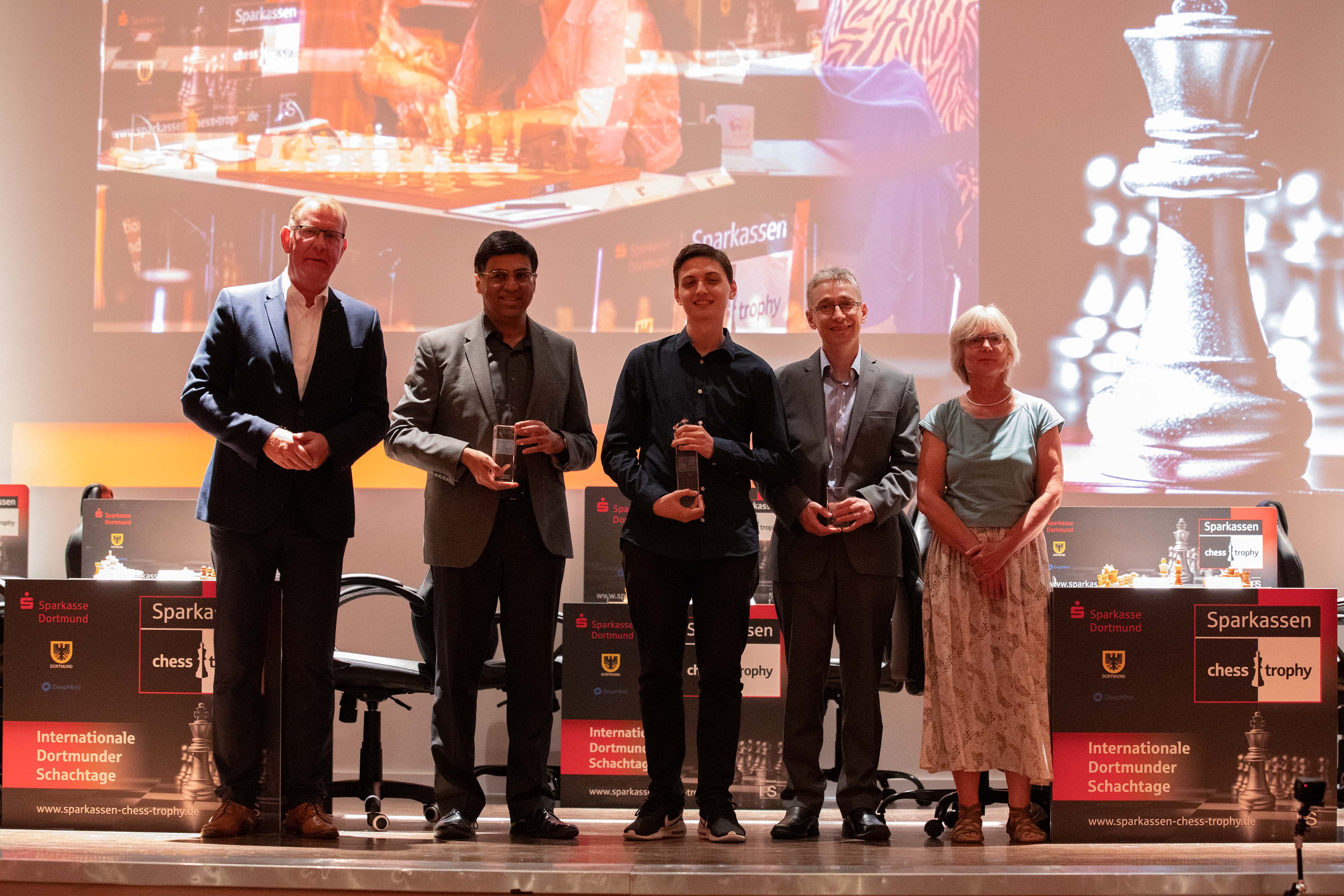 NC World Masters: Kollars moves up and wins ahead of Anand

Defending champion Viswanathan Anand got off to a very good start in the No Castling World Masters 2022 with a solid Black draw against Michael Adams and a great win over Daniel Fridman after Vladimir Kramnik dropped out as his first-round opponent at short notice. Dmitrij Kollars, who had moved up from the German Grand Prix, lost his opening game against Daniel Fridman. But the next day Kollars struck straight back, defeating Michael Adams with his early f2-f3!? idea. Then the young German proved himself in the two direct duels with Anand with two draws. Anand didn't manage to win a game after that either, although he is still undefeated in the No Castling Chess of Dortmund without a loss after his second NC World Masters.

Kollars took his chance in the last round against Daniel Fridman: 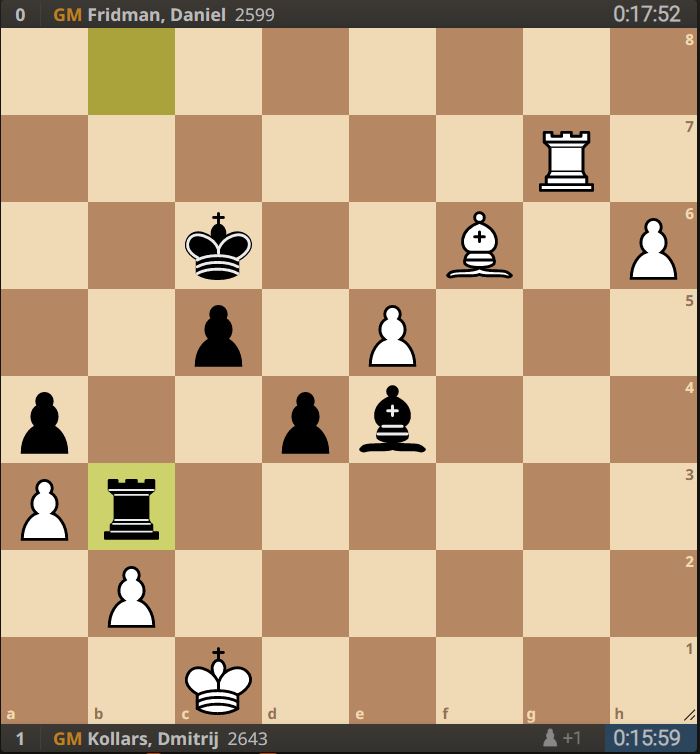 This meant that Kollars and Anand were tied on points in this tight field of participants and Kollars won the tournament thanks to the better second rating (winning games). The biggest success in the career of the national player, who travelled to Chennai for the Chess Olympiad the day after the tournament. 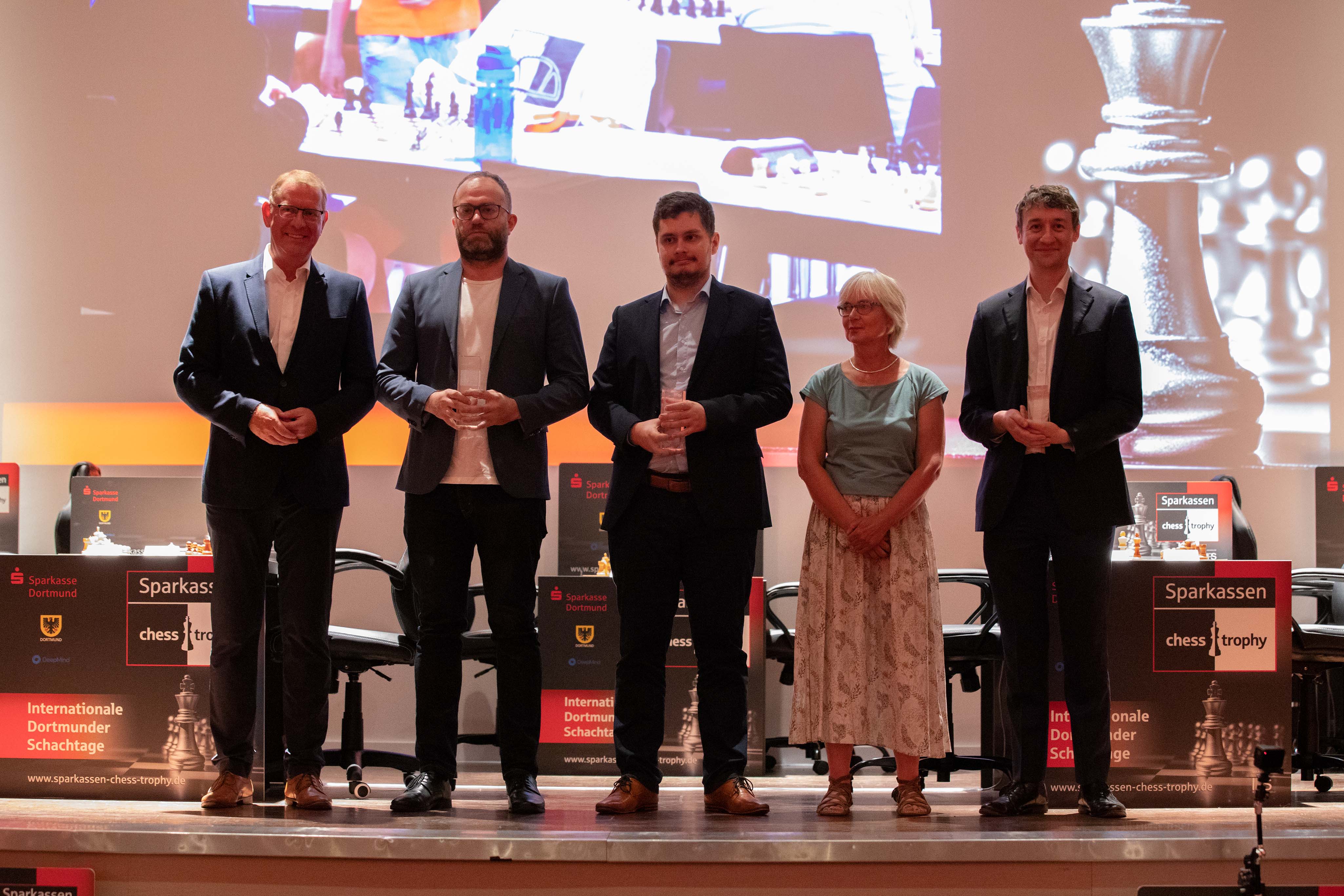 In the strong grandmaster tournament of the Sparkassen Chess Trophy 2022, the field of participants was divided into two halves: Pawel Eljanov, Luke McShane and Bogdan-Daniel Deac played for the tournament victory. Luke McShane had the best start, but lost a timetrouble battle against Deac on Saturday, which meant the tournament win was decided between Eljanov and Deac on the last day of play. The Romanian (new rating 2699, by the way) had a difficult game against Matthias Blübaum, was clearly worse at times, but after a long fight at least managed to hold a draw. But that would only have been of use to him if Eljanov had lost his final round game against David Navara. And indeed, this was the first situation in the tournament in which Eljanov had a bad position: 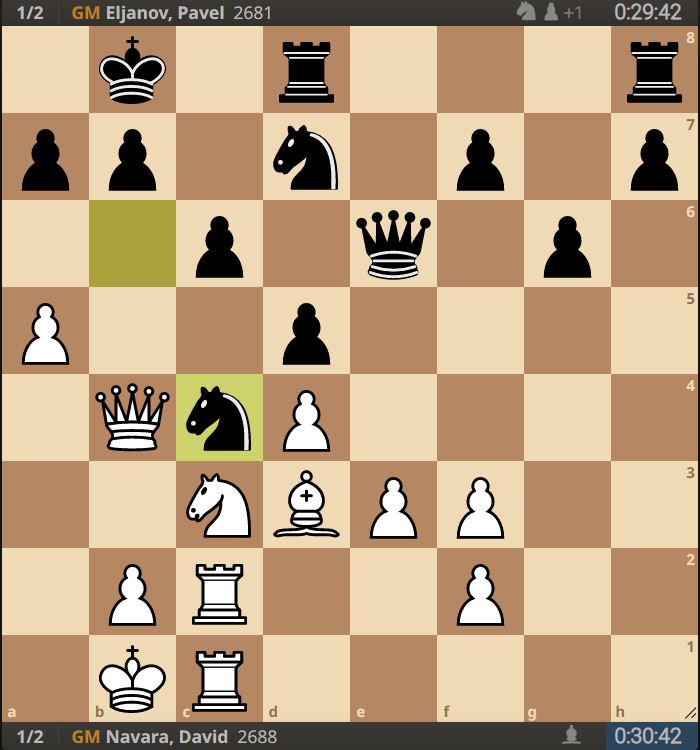 Instead, Navara chose directly 25.Bxc4 dxc4 26.Ne4 after which Eljanov defended strongly with 26...c5! That is possible here without the pawn weakness on b6 after inserted 25.a6 b6. Eljanow's defence was strong, after the time control he even had an objective advantage, but was naturally satisfied with a move repetition and thus the tournament win.

"I didn't expect to play that well at all. I am permanently employed as a chess trainer and hardly play any chess tournaments myself at the moment. I feel very comfortable in Dortmund," said the 2022 and 2021 tournament winner after his success.

The Sportland NRW Cups were won by Lara Schulze and Artem Lutsko (as reported), Lutsko achieved an IM norm and raised his Elo above 2400. The two Open winners had challenges in the last two rounds, but both won the tournaments after their 7 out of 7 starts: Max Warmerdam the Sparkassen Open A, Artem Dyachuk the Sparkassen Open B.

And the Sparkassen NC Online Open was won by Amir Ali Ghafourian. Players, organisers and sponsors were very satisfied at the well-attended award ceremony after a chess festival in the heart of the Ruhr region.